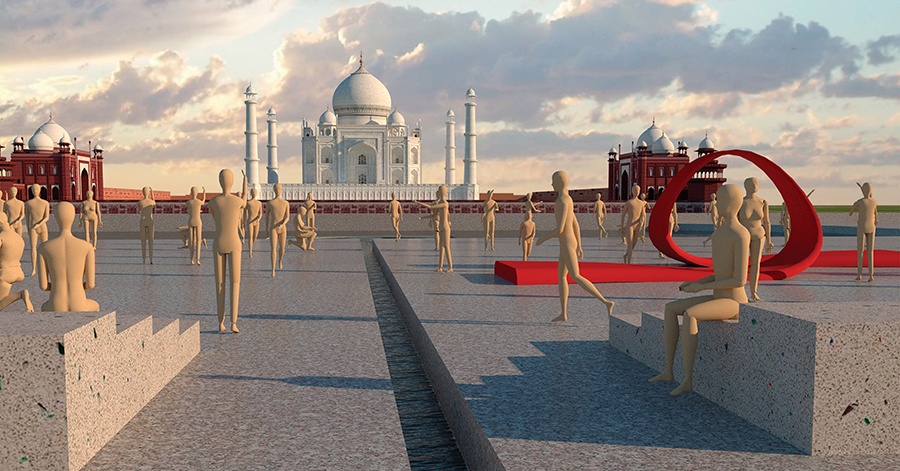 This design aims to offer a new perspective on how heritage is interpreted and how socio-cultural aspects can be utilized as a mechanism for understanding and exploring heritage sites. Architecture has always served to shelter, contain and memorialize our lives and emotions, It has been able to withstand the forces of time and elements.

Incorporating the tale behind the Black Taj with the spatial demands of today, creating an example of how heritage spaces can be woven into contemporary public entities. Historical architecture is rife with inert messaging offering evidence of a need for human expression as part of spaces.

Mapping emotions and tracing historical events, people and spaces bring an understanding as to the vast spread Mughal culture and history. Emotions closely to the site are to be mapped and connected to similar instances. Hence, creating axes which carry these emotions. 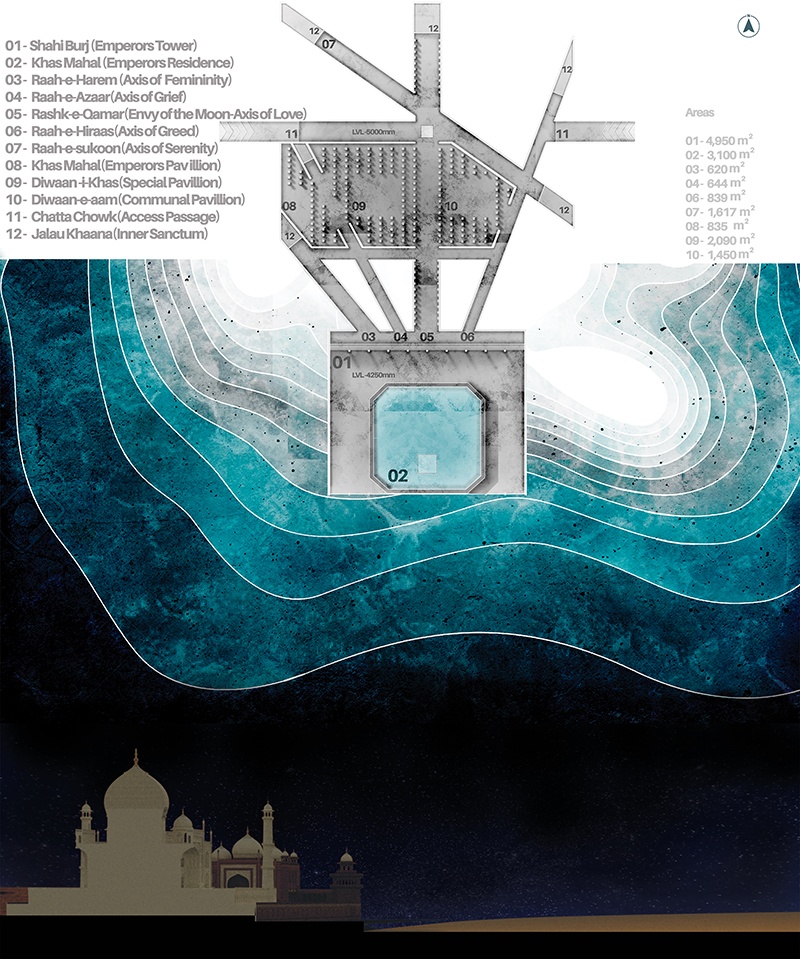 On its lower level, Axes are emphasized and understood in relation to the site, creating an array of intersections and overlaps of emotions. When simplified the emotions of, Femininity, Love, Power, Grief, Hatred, Trust, Serenity express a co- relation to the site and the story of The Black Taj.

The axes developed through thorough understanding have been super-imposed creating an intersection of spaces. There on process is undertaken to create spaces while providing each emotion(axis) its due expanse. The ‘corridors’ so created on the axes are understood as running galleries which would represent the axis through light, material, sound, artifacts, photographs and other such elements. 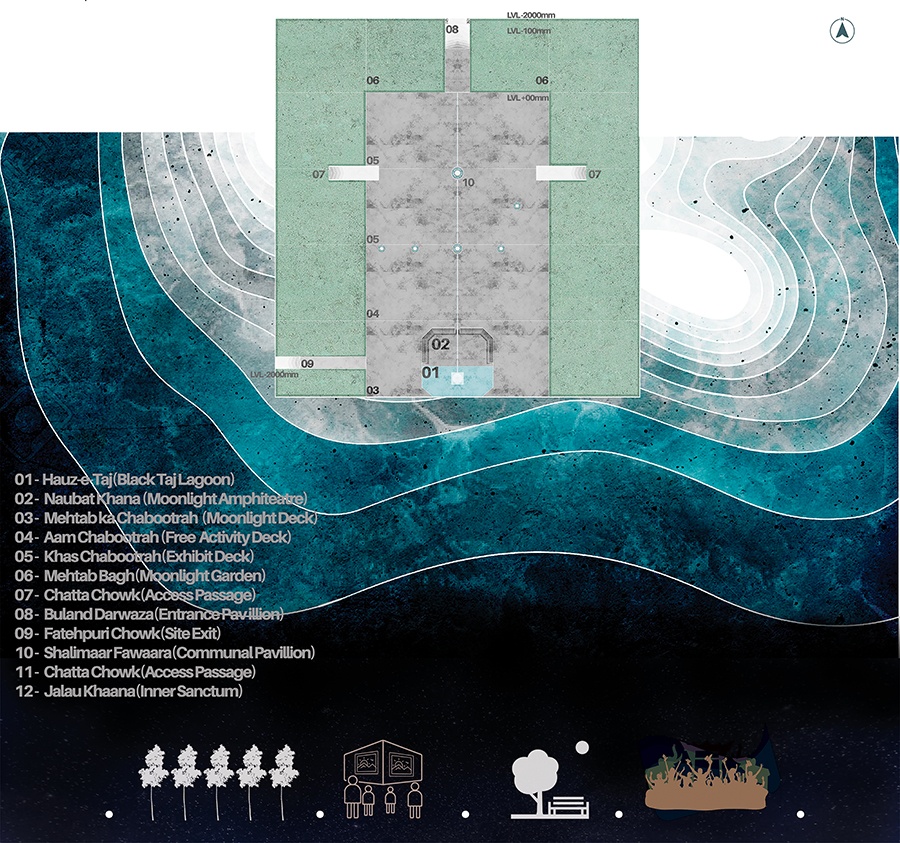 With the separation of spaces into different levels, the upper level is perceived as a recreation of the site as it was previously designed, while integrating the expressions of the present design largely encompassing the site is the ‘Bagh’ which is conceived as a lush green surrounding representing serenity and trust, this is followed by the interactive spaces which are designed to create an emotion amongst the users help forming a connection. The recreation of the Black Taj Foundations in form of an Amphitheatre which also provides a ‘vision’ into the actual foundations below. Hence creating a notion of ‘Building on the past and creating a future in the present.’ 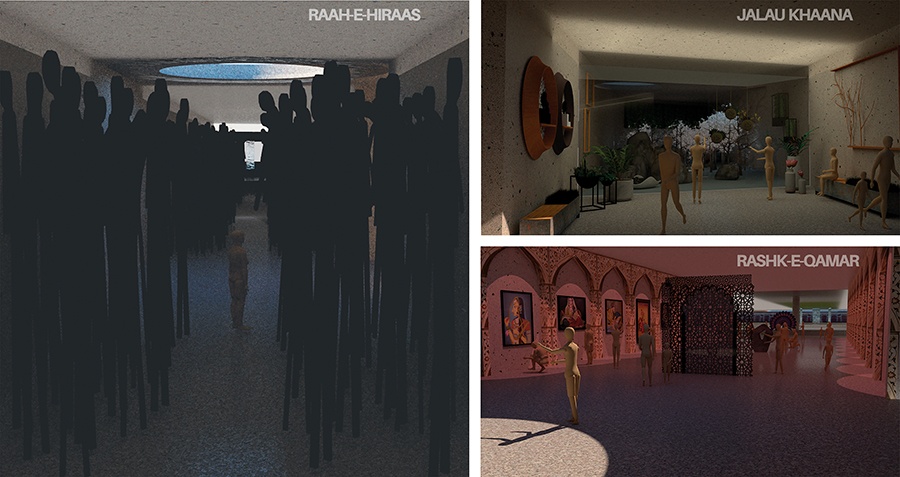 As program creates an exciting opportunity for the dilapidated site, but also creates a gateway to the other monuments of Agra, across the river. Being a key attraction and its strategic location would not only boost the tourism but also create a new identity, one Agra beseeches for.

This proposal has been attempted as an ‘Explorative Study’, the iteration proposed has the potential to be implemented from element scale to the whole; to eventually change the heritage city fabric of Agra.