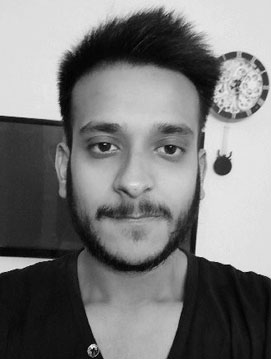 Educated in IAAC with Prof. Aldo Solazzo of Noumena, Suraj’s approach towards architecture has been a bit different, making the intention of the outputs perform a bit differently. His experience ranges from working on various competitions and studio projects to researching and orchestrating algorithms according to the nature of the cause. His interests are widespread, ranging from developing engaging prototypes which result in intriguing the minds of the viewer, studying the psyche of the people, and currently interested in applied research by the means of robotics and computation.

“As an Architect, it would be rather difficult to alter life. I would just set up gestures in a bigger scenario by foreseeing the nature of life at present and future through the ability of observation and analysis by not hesitat-ing on the unpredictable changing scenario rather adapting to it..’
Suraj believes that he might not have answer to all the questions but through engaging in team discussions and extensive brainstorming can help overcome it.